Facebook Video Marketing: How Do You Set Yourself Up For Success?

There are a few common mistakes when it comes to designing videos for Facebook. The biggest one is to come up with your goals and Key Performance Indicators (KPIs) too late in the game. Goal-setting should be your first priority before you get to any kind of storyboarding situation. Otherwise, you’ll simply be wasting time and money, with expensive re-shoots and re-writes along the way.

Goals can be broadly categorized under these three banners:

Awareness. With these types of videos, you are not aiming for an immediate conversion or sale. Instead, you want to make yourself known to audiences that won’t have heard of you. You can measure the success of a brand awareness campaign through metrics such as: Ad recall lift, number of seconds viewed, or the performance of retargeting campaigns (for example). As this is quite a nebulous ‘catch-all’ term, you want to be extremely specific in how you measure the success of brand awareness.

Consideration. These videos are there to get viewers further hooked into your business. Generally, these videos invite a small commitment on the part of the viewer, such as visiting your website, installing an app, signing up to a mailing list, or perhaps sending you a question on Messenger. There are several ways to measure a consideration goal, such as tracking how well the call-to-action (CTA) is working, or the amount of traffic it’s brought to your website.

Conversions. This goal can be aimed both at people new to your product, or already engaged customers. The goal here can be very straightforward, such as x number of purchases. Facebook’s tracking pixel can be vital here for tracking the success of the conversion.

However, for any of these to be successful, you need to get even more specific. Instead of settling for ‘I want a video that converts’ think along the terms of ‘I want 100 women from Florida aged 15-34 to sign up to this webinar’. Or, instead of ‘brand awareness’ reach for a specific number of seconds viewed, or a cost-per-view (CPV) by a specific demographic.

If you’re uploading videos to Facebook it makes sense to play by their rulebook for adverts. You need to understand the options that they have for tracking and measurement and use them to your advantage. This means, for instance, that you cannot pick as multiple goals such as ‘App Installs’ and ‘Video Views’.

No video is an island

A second common error with Facebook video marketing strategies is to demand that a single video fulfil too many goals. It’s a classic ‘too many cooks’ situation: too many ingredients spoil the video broth. It’s also incompatible with Facebook’s Ads Manager set up which demands that you choose a specific goal.

This might seem restrictive, but it’s actually sensible. With Facebook favouring short videos, you don’t want to muddle your message with a dozen ideas.

Instead of thinking of your video as the lone pilot of a pre-cancelled show, think of it as part of a season-long series. Create more than one video. Create a video per goal. Upload the same video separately but give it different goals and audiences to A/B test it.

Essentially, stop thinking about creating a single video, and start thinking about how the videos you’ll create will integrate into a wider content strategy.

Don’t forget to think about how several retargeting steps could work within this. For example, if your awareness video has performed well, re-target those who have watched more than 5 seconds of it with a new video. Keep moving them down the funnel in this manner until they convert.

While it’s tempting to plan a straight-up advert on Facebook, creating videos that are interesting, useful, or simply entertaining, will have a higher rate of success on the platform. You want to intrigue viewers into pausing their scroll to watch your video after all!

This is why you don’t want to get too hung up on format details – whether your ad ends up being a vertical video or a carousel ad is ultimately less important than what it’s saying and how it’s saying it.

Before we dig into which types of videos can help your goals, here is some Facebook video best practice:

And here are a few ideas for the types of videos you could create per goal. These are simply to get you thinking and can be adapted to different goal types too.

The first few seconds are key – grab your viewers’ attention from the get go. One way you can do this is by flagging up a pain-point as a question, if the answer is ‘Yes’ (and sometimes, crucially, ‘No’!) they’ll want to watch on. Click To Tweet

The key with awareness videos is to be memorable, so there’s a whole arsenal of video types to consider such as: 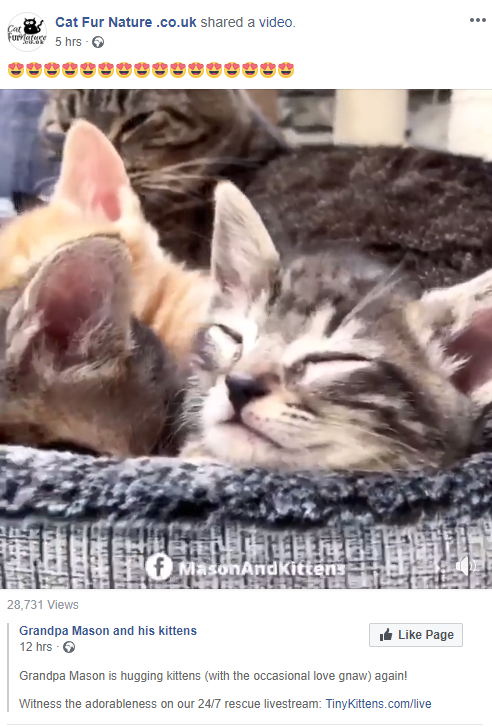 Since it’s presumed here that the audience will have no prior knowledge of your business, you will want to keep these videos accessible and specific to your target audience.

As engagement is an important goal with consideration video types, you will want to focus on video types that invite it: 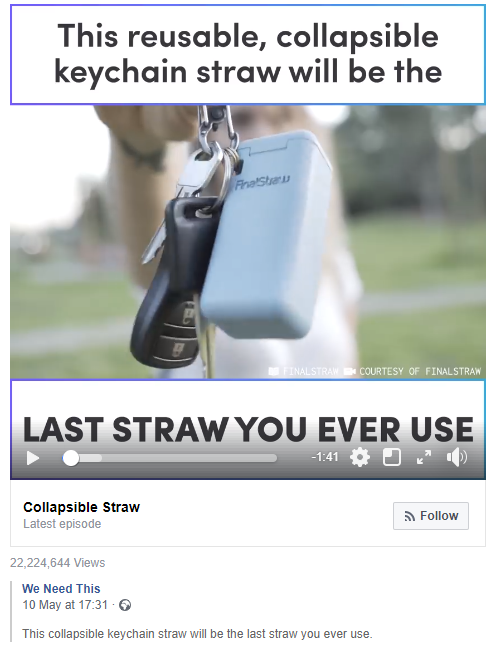 Get them to buy

Just because your video aims to get sales or other conversions, doesn’t mean it has to be boring. You want to be as engaging, creative and inspirational as with awareness or consideration video types, just make sure it’s incredibly easy and attractive for viewers to buy or click through. Here are a few additional things you can do to push the conversions:

Just because your video aims to get sales or other conversions, doesn’t mean it has to be boring. Click To Tweet

Don’t forget, marketing is a long game – if your video isn’t immediately getting views don’t jump to conclusions prematurely! Keep an eye as it develops, test, and optimise further….

Facebook videos can be an extremely powerful way of attracting, converting and retaining customers. Just don’t lose sight of your end goal when putting them together!