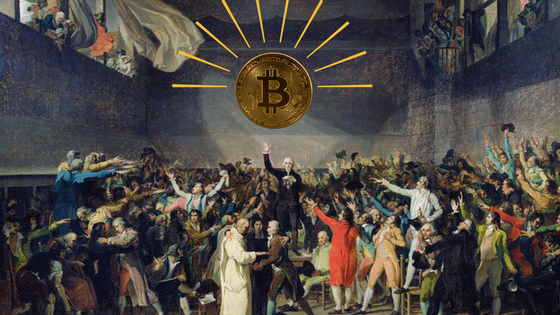 Blockchain and other ‘magic’

I wrote a post a few months ago for ClearView Social talking about “AI and other ‘magic’” – magic was put in sarcastic quotes because technology can often be seen as some mystical creature which can solve either everything or nothing, depending on your belief system. AI, and other ‘magic’, is of course no belief system, rather it is a tool that is only as clever as those implementing it are.  As I said:

“There are three types of people in this world: those who ignore innovation, those who implement innovation selectively and thoughtfully, and those who believe the hype of every innovation.”

Like in most situations in life, you want to be in the middle, not either extreme.

Today I’d like to talk about a different kind of ‘magic’: blockchain.

When it’s not derided or talked about as some magical mermaid, the cryptocurrency aspects tend to be the ones focused on the most. Back in October of last year, I suggested that blockchain could have exciting applications for marketing, and this concept seems to keep on gaining traction, with exciting marketing or marketing-adjacent startups sprouting all over the place. In this post I want to list 5 I’m keeping an eye on.

First, as a side note, with GDPR only a few weeks away, I hope that many companies will see the benefits of having an unhackable and decentralised way of holding data. Especially one which gives consumers greater control over their public vs private identities.

5 Blockchain Startups That Could Shake Up Marketing

The concept is simple – bypassing the usual transaction fees is possible with blockchain – a democratic platform for creators, consummers and advertiser for video and audio. The platform is still in development, but the concept is promising!

Startups like Shopin could revolutionise ecommerce by creating a universal shopping profile through Blockchain. With Shopin, you, as the consumer, could get tailored recommendations and discounts across the web and retail, but also still get control as to who gets access to your data. Shopin has recently successfully closed its Token Generation Event, surpassing its 40 million dollar goal, so it shouldn’t be long before you can test it out!

Back when I was working at Passle, some clients were worried that their staff would accidentally share fake news articles. With Blackbird.AI, powered by SocialTrendy, comes a powerful analysis tool, which classifies millions of social media posts into different “events of interest”, it can also detect fake news (find out more here). Best of all, you can request a demo now.

MaaS stands for Marketing as a Service. Aimed at today’s flexible workforce, HelloMaas allows companies to create on-demand marketing teams with a P2P onboarding process. Sounds like an Upwork that isn’t a race to the bottom!

The use of blockchain for influencer marketing makes a lot of sense, particularly when it comes to smart contracts. Enter Patron, which aims to cut the middle man between influencers and brands. This is particularly good news for micro-influencers. It has recently launched its ICO which you can partake in here.

So, which blockchain startups are you excited about?